The Pyke Hill Project in Western Australia comprises a single granted Mining Lease which covers an area of 5.37km2. The project is located approximately 40km southeast of the Murrin Murrin Nickel Operation operated by Minara Resources Limited and is considered prospective for a high grade nickel laterite deposit. Admiralty has a joint venture option agreement in place with Cougar Metals NL (Cougar).

Data generated from nickel exploration at the Pyke Hill Project undertaken over the last 35 years has resulted in the definition of nickel-cobalt lateritic enrichment within the weathered profile at the project along a strike length of 2000m and over widths of up to 450m. Grades of up to 2.15% nickel and 0.67% cobalt have been encountered in the laterite profile in previous drilling.

The Pyke Hill Project has the potential to contain shallow to moderate depth zones of high-grade nickel-cobalt laterite mineralisation. Cougar has undertaken a limited drilling program in the project area as part of an initial due diligence program designed to confirm several of the previously reported drill intersections and to test the chemical and metallurgical characteristics of the laterite mineralisation. Satisfied with the results of this drill testing, the Cougar intends to conduct a systematic drilling program of 200m x 100m spaced holes over the laterite mineralisation at the project area. The aim of this drilling is to produce an Inferred Resource for the Pyke Hill Project.

At 3 million tonnes Admiralty Resources is able to earn 20 cents per tonne, providing revenues of up to $600,000 per annum from run of mine nickel ore. 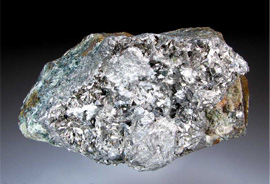